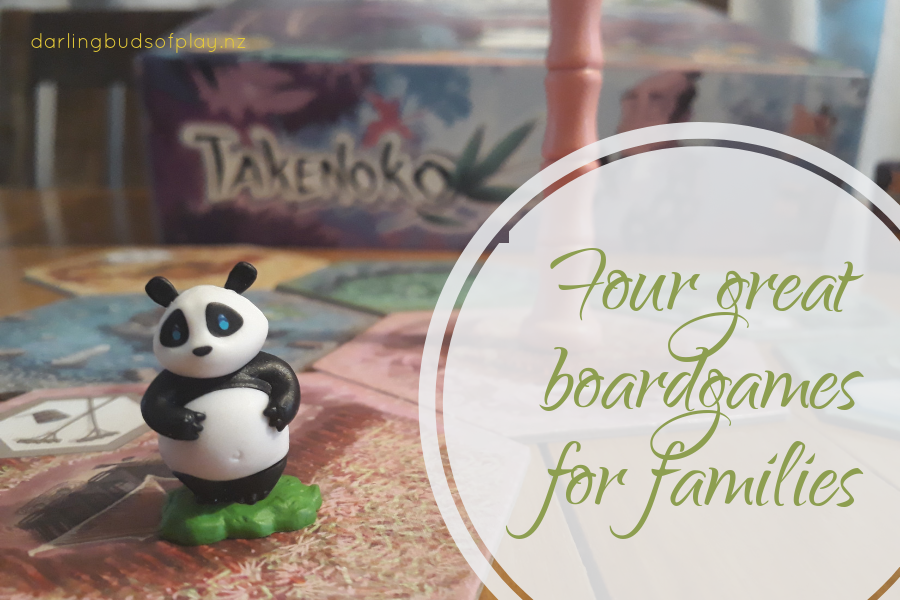 Today’s blog is a little different. Olivia and I are suffering a severe case of lack-of-motivation-itis. Our weekly business meeting yesterday turned into us playing a card game (with added difficulty of a newly mobile Teddy trying to grab our cards). Rather than flake on yet another week of blog writing, I’ve decided to write about something very near and dear to my heart… tabletop gaming!

About 10 years ago, boardgames experienced a renaissance. And we’re not talking Monopoly and Scrabble. Suddenly a whole wealth of European and Asian made games started to get attention, thanks in large part to geek Queen, Felicia Day, and her website Geek and Sundry.

“Geekdom is the joy of connecting about things you love without fear of judgment.”
– Felicia Day

So, I’m going to review some games that I love and hopefully entice you to try some out! Because my reviews are a little light on detail, I’ve added episodes from Wil Wheaton’s Table Top for each game at the bottom of this post. These play tests are hilarious and a great way to learn about each game.

But first… the two key things I look for in boardgames are:

And secondly, the thing to remember is that you’re allowed to have fun! So when you play a board or card game, ignore the dishes, put down the phone and have fun as you connect with your fellow gamers! 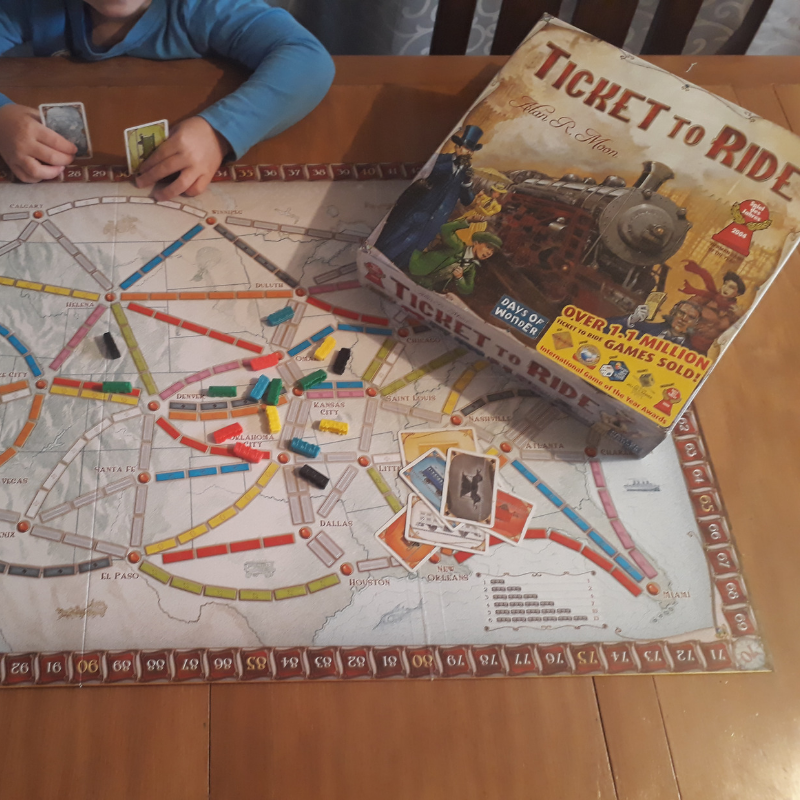 Ticket to Ride is the gateway drug to boardgames. We introduced this game to our nephew when he was six and he still loves it today.

It’s light on rules and is just as fun with two players as more. In this game you build train routes across the country (or continent, depending on which version you have) and earn points for each section of your route. The fun is in competing for sections of track and the challenge of building the longest railway. 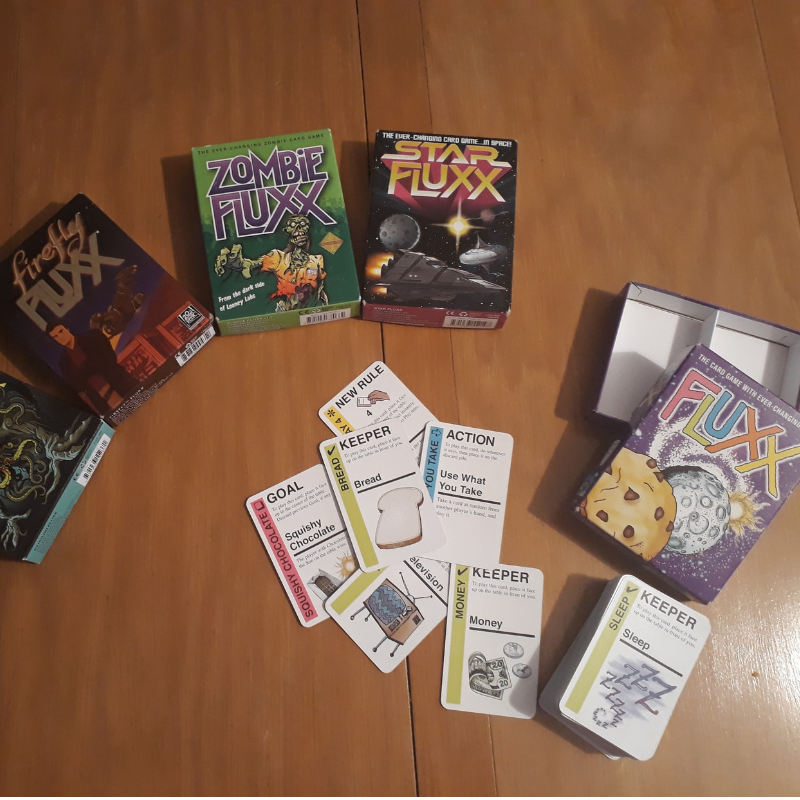 Fluxx is a card game that makes it’s own rules. Again, this is perfect for two people but you can have as many people as you want playing. This game is light on rules… you create the rules as the game progresses. It’s impossible to have a strategy for this game because it changes so fast, but therein lies the fun. Try and make pairs of items (like milk and cookies) before the goal changes or another player steals your cards.

Fair warning: Olivia messaged me the other night saying her marriage was in danger because Rick had “stolen” the win in Fluxx one move before she played her trump move! 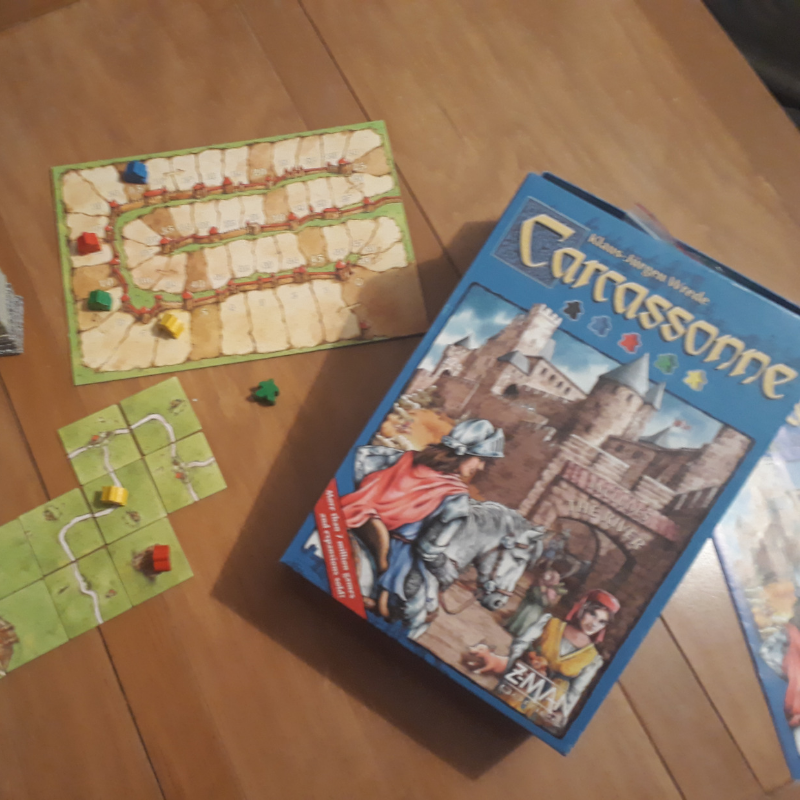 This is a game I saw a lot in shops for years but never tried out myself. Now it’s the go-to evening entertainment for Ian and I. And, it’s perfect for kids… Dom’s been playing this since before he was four. It’s effectively a matching game as the players work together to build cities, farms, monasteries and roads. Is it getting repetitive to say this game is fun? While there’s an element of trying to foil the other player’s plans in this, somehow it’s light-hearted and not likely to create long-lasting family rifts (unlike Monopoly). 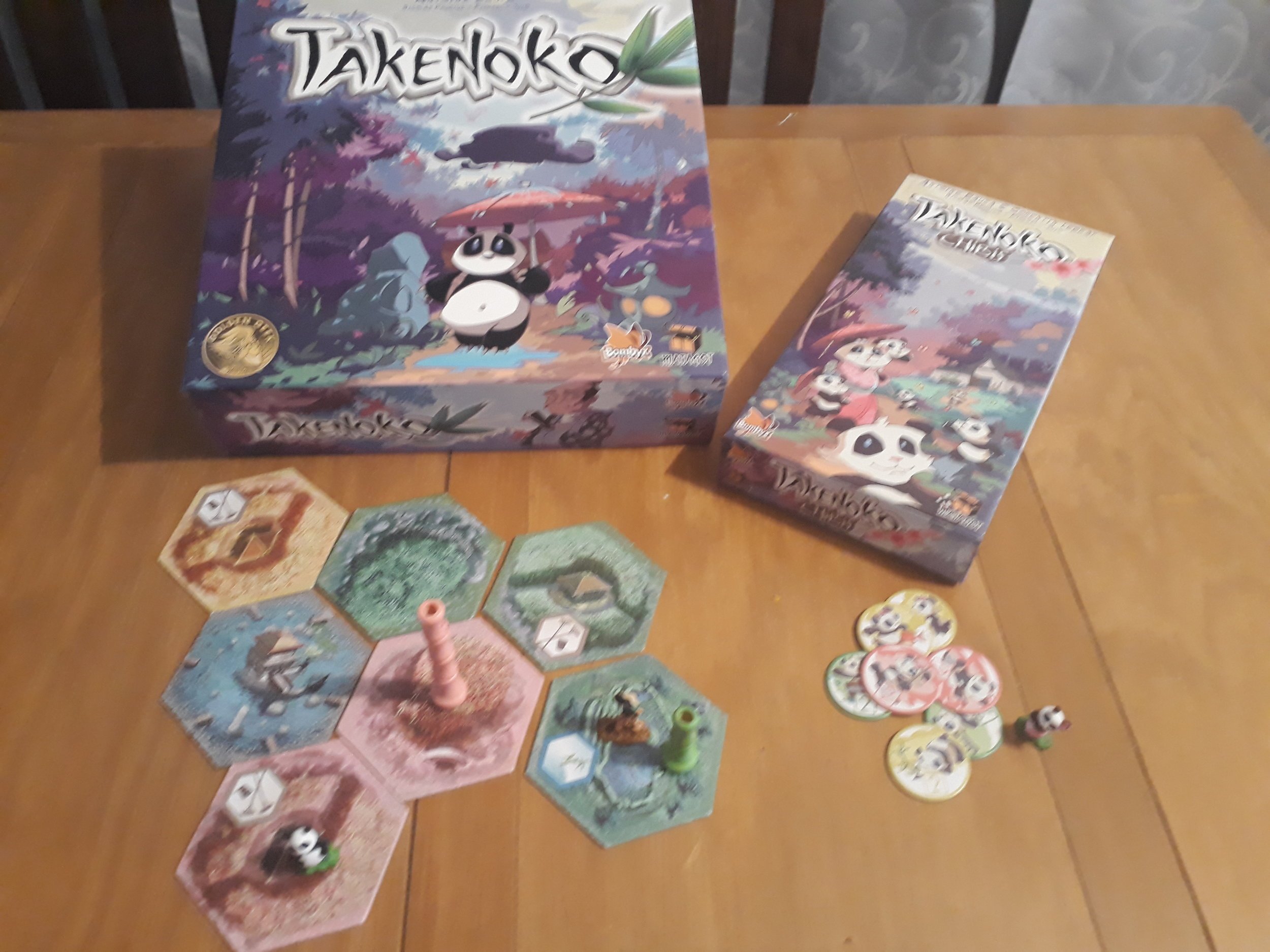 PANDAS!!! Who doesn’t love pandas?!? Takenoko is an adorably cute game in which you grow bamboo and feed pandas. There’s even expansions for this where you get to have baby pandas!

Once again, this game is perfect for two people or more and amazing for kids! Dom’s been playing this one for well over a year and he’s actually very good at it when he stops getting distracted by all the cuteness!

So, these are my top 4 recommended games for families, partners, friends, colleagues… anyone really! And I can’t stress enough the importance of supporting local. Here in Christchurch I recommend Comics Compulsion for a great range of boardgames.