Perfectionist Thinking: Am I passing it on to my kids? 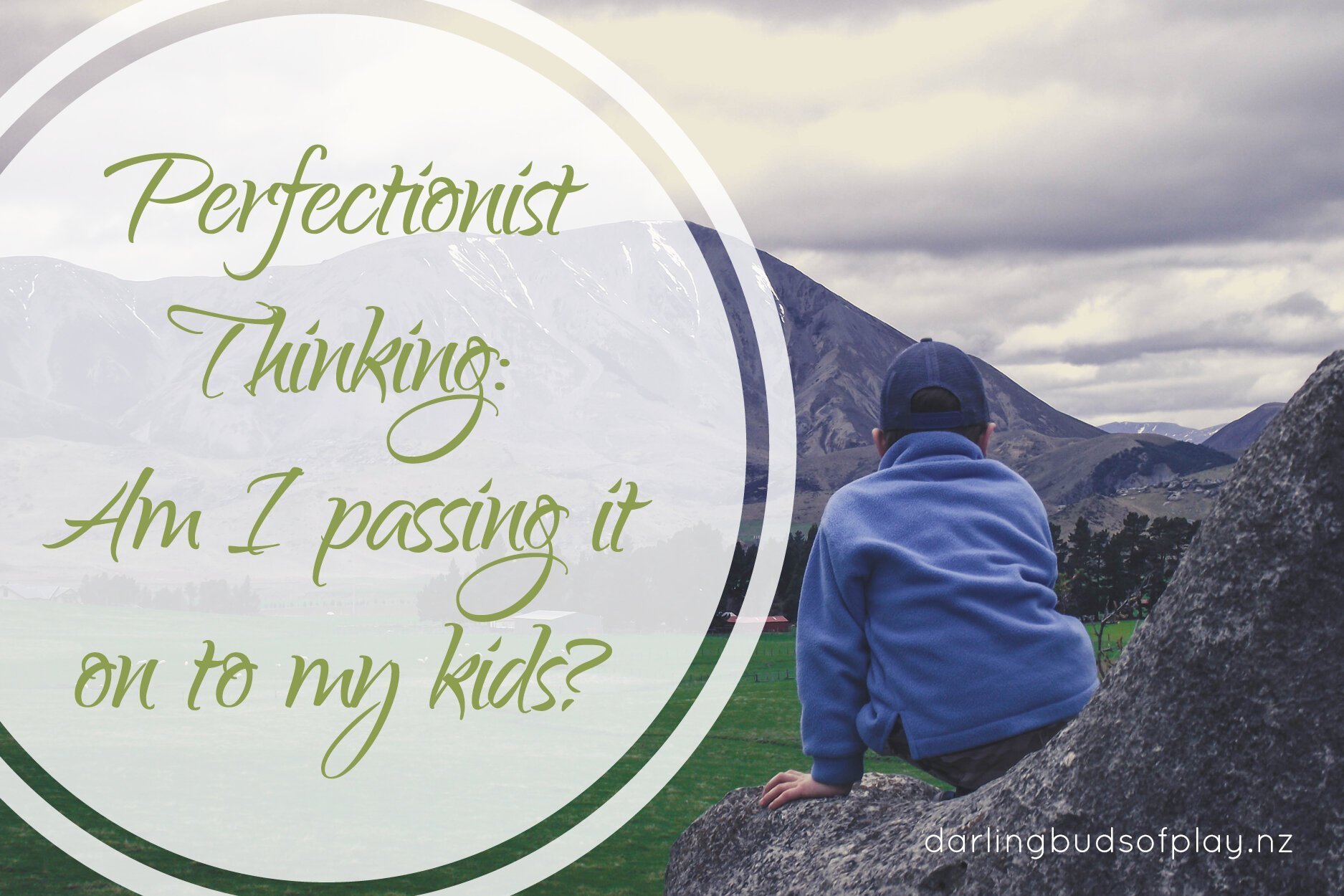 I’m a perfectionist. Unfortunately, this isn’t as cute as it sounds. For me, perfectionistic thinking means that anything less than perfection is failure. This is what drove me to tears, screaming, and ultimately the psych ward, after having Connor. I believed that I had to do it ALL, be the perfect parent, have the perfect children. Any time I was doing less that absolute perfection (which, with a newborn is ALL the time) I was beating myself up, internally and externally.

My perfectionistic thinking has been the main topic of conversation with my therapists over the years. It still plagues me, but I manage it much better these days. I’m able to find joy in the journey, even if the outcome isn’t what I expected. I’ve learned to value effectiveness over perfection… a birthday cake is still delicious even if it doesn’t look Pinterest perfect!

Unfortunately, I’ve started to see some perfectionistic behaviours in my children. Is it nature? Are they destined to inherit my messed up brain chemistry? Or is it nurture? Am I inadvertently teaching them that perfection is the only option?

At the start of October, I decided to start the kids on some extra-curricular activities. For Dom, I chose Aikido. He loves martial arts and with Aikido he’d learn respect, focus and control which are some areas he’s struggling in at the moment. Unfortunately, it did not go well. Dom would watch the demonstration of the move and then refuse to try it because he didn’t know how to do it.

I watched Dom refuse to try basic steps at Aikido because he was, in his words, scared. Scared of not being able to do it. Scared of humiliation. I tried telling him that it was okay to get it wrong first time. I told him that no one knows how to do things first try, it takes practice. I reminded him that bravery is feeling scared and trying it anyway. I tried to help him physically by positioning his feet so that the risk of mistake was minimised. Nothing helped. His fear of failure was so strong he couldn’t even get off the starting block. 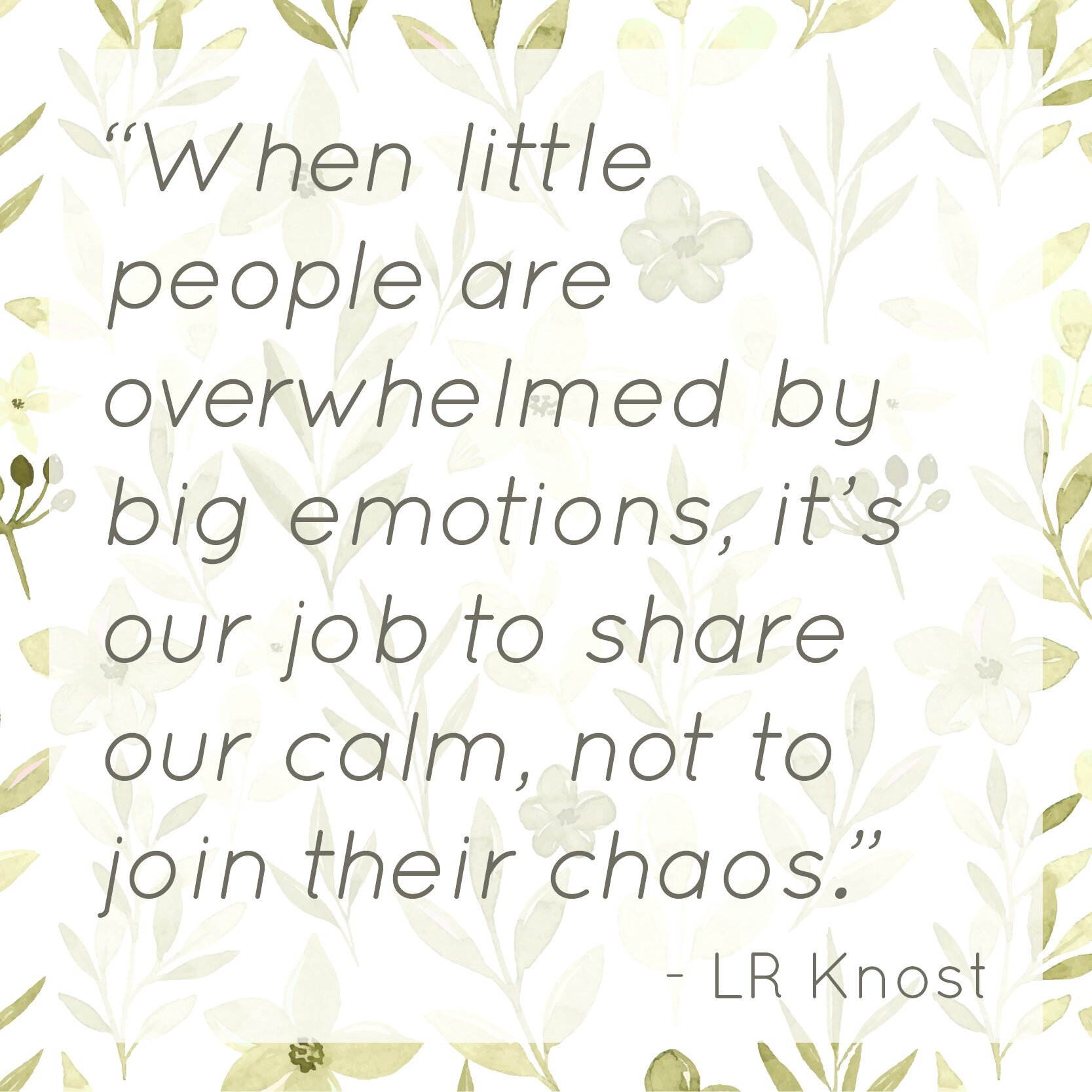 So, I’ve been wondering… is this perfectionistic thinking? Or is it just the uncertainty of a five year old? Am I beating myself up more than I need to? I don’t know, but it’s made me think about how I treat mistakes or failure, and the things I can do to help my children manage the disappointment or fear of making mistakes.

1. Try new things when the kids are fresh and in a good mood.

Connor’s first trip to athletics was very similar to Dom’s first trip to Aikido. The next morning Connor told me that the reason he gave up was because he was tired and could he please try again. So the next week we made sure he’d had an early night beforehand, had eaten and rested well and was in the right frame of mind. It worked wonders! He was still coming near the back of the pack, but he was able to cope with that by telling himself that he would get better with practice.

2. Remind them of what was good about the attempt.

We play a lot of card and board games in our family. And losing can cause tears. We spend some gentle time with whoever is upset, talking about what they did well and reminding them how much fun they had during the game. Dom is now excellent at congratulating the winner and Connor’s working on it, but I really feel this is helping.

3. Own up to our own mistakes.

I call them by the wrong name. I forget things… like a spoon for Dom’s yoghurt in his lunchbox. I spill things and I make a mess. I own up to my mistakes and talk about how it’s not a big deal. I do this when they make mistakes as well. If they spill something or break something on accident, it’s not a big deal… these things happen. I grew up in a house where accidents meant being yelled at and I’ve vowed to not punish my kids when they make genuine mistakes.

One of my favourite parenting quotes is, “When little people are overwhelmed by big emotions, it’s our job to share our calm, not to join their chaos.”

As frustrated and angry as I was at Dom over his refusal to participate at Aikido, I couldn’t let it show. He was dealing with his own fears and anxiety and my job as his mum was to help him manage those emotions. It definitely ranks in the hardest parenting moments for me, but I set my anger to one side to help him through the moment and disappointment he was feeling.